A cuppa with Barry Jay Hughes 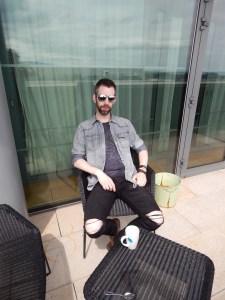 A singer-songwriter from Monaghan, Barry Jay Hughes has been touring the country in recent months, growing a steady fan-base as he goes along.

With his powerful voice, catchy lyrics and exceptional stage presence, Barry is definitely one to watch over the next while.

To begin the Ceol Caint “A Cuppa With” series, Barry and I had a chat and a cuppa in The Gibson Hotel…on the balcony of The Gibson Suite; we are high-rollers after all. The sun was out, we shared a lot of laughs and a cup of tea…literally.

Check it out on mixcloud:

Ceol Caint: A cuppa with Barry Jay Hughes by Ceol Caint on Mixcloud

The post A cuppa with: Barry Jay Hughes appeared first on Ceol Caint.