A cuppa and a chat with Colm Gavin and Adam Walsh 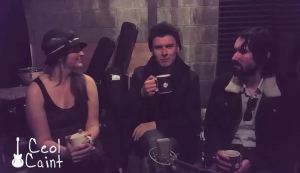 Ahead of the release of his debut album “A Voice for the Urban Darlings“, Colm Gavin and Adam Walsh popped over for a cuppa.

Recently signed to BEO records, and with the forthcoming album and a movie release, we had a lot to discuss. Mix in a chat about rich tea biscuits and noodle sandwiches and it had all the makings for a great “A Cuppa With”.

Colm Gavin’s A Voice for The Urban Darlings will be released in the coming days, and with praise for the album already coming in from the States, it is certain to be a must buy.

Check out our chat below.

The post A Cuppa With Colm Gavin appeared first on Ceol Caint.