A cuppa tea and a chat with Only Rivals 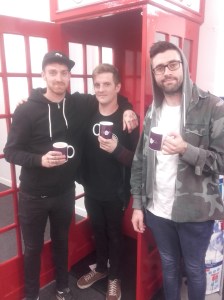 Only Rivals are a four piece rock band from Dublin. Having toured extensively across the UK, receiving rave reviews from massive rock outlets such as Kerrang! and Q magazine, they are ready to release their debut album.

“Life is Perfect” is set for release tomorrow, September 18, with the official launch happening in Fibbers on September 23.

I met with three of the Only Rivals gang for a cuppa, we talked about meeting your idols, becoming Japanese superstars and banoffee pie. Check it out!

The post A cuppa with: Only Rivals appeared first on Ceol Caint.