A cuppa with The Klares 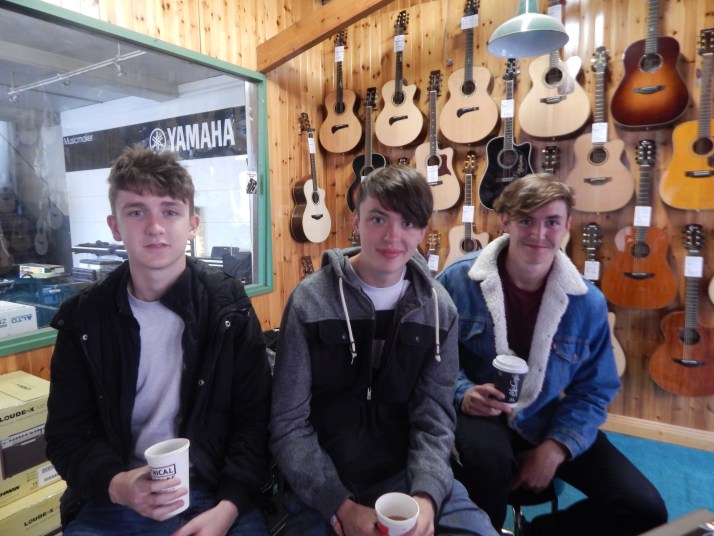 Hidden in the acoustic room in Musicmaker, myself and three of The Klares shared a cuppa and a chat. The tea was most welcome as of us were a little wrecked from Longitude. Andy, Cormac and Jordan joined me for a cuppa with, while Eoin unfortunately wasn’t well.

A four piece from Co. Dublin, The Klares are school friends who decided to form a band in their spare time. It soon became overwhelmingly clear that they were going places.

While most teens spend their summer holidays twiddling their thumbs, visiting relatives and watching daytime TV, these four rock-stars are touring Ireland and gigging the festival scene. Not only that, but they were also jetted to Portugal for an all expenses paid private gig; take that Home and Away!

With two highly acclaimed EP’s under their belt, the band are receiving rave reviews and are pegged as the best band to come out of Ireland in a generation (no pressure); not bad for a bunch of lads who are still underage.

In the most makeshift of the “a cuppa with” series, I’d like to thank Musicmaker for the space (and a croissant), the man in Spar Fairview for the sugar and the bar at Longitude that I took all the cups from…and of course The Klares for battling the exhaustion to come in to me.

A cuppa with The Klares by Ceol Caint on Mixcloud

The post A cuppa with: The Klares appeared first on Ceol Caint.