ADMISSIoN set to launch debut single in Opium this Saturday 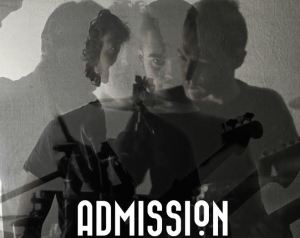 Dublin band Admission have just released an epic video for their debut single “Call and Rescue“. The video was shot along the Wild Atlantic Way on Donegal’s coast and in The Nerve Centre, Derry and is an incredible first attempt from the band.

Recorded in Sun Studios with Mick Heffernan, the single will be officially released with a headline show in Opium Rooms on Saturday, September 19; the bands official first birthday.

Having played gigs in The Workman’s Club, The Button Factory and Whelans, the band’s experience is evident in their polished sound which is sure to catch attention nationwide and beyond.

Tickets for the gig are available from www.wavtickets.ie and on the door priced at €5 and €7 with limited edition CD. Doors at 8pm. With support from Riot Tapes and Tabloid Tv.

Check out the video below: