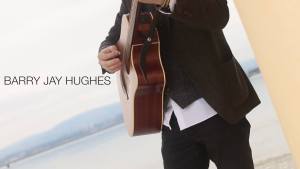 Shot by The Sound Feed at Dollymount Beach, the video portrays Barry Jay doing what he does best; accentuating his beautiful vocals with just him and his guitar.

The video is simple but compelling, as it focuses solely on Barry’s pure talent with stunning surrounds; allowing the viewer to be completely allured by his charming voice.

Barry Jay is set to play Culture Night in NCAD tomorrow, with a headline gig on October 03 in the entrancing setting of an intimate church in Monaghan; definitely worth the trip.