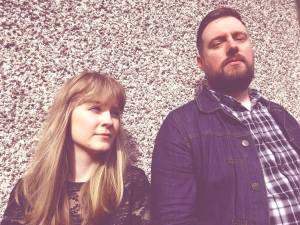 Call my Name is the debut single from Dublin pop-rock outfit Future Fears. A duo made up of Dave Duggan and Amy McDonagh, managed by stalwart of Irish music Keith McLoughlin, Future Fears have been working away in the background for some time now, polishing their sound before the grand unveil.

Today is the grand unveil of Call my Name, a sensible pop-rock song written by Dave, and produced by Ray Traynor who has worked with high end names such as The Script, The Coronas, Aslan and One Republic.

When I first heard Call my Name, performed live at Whelan’s Song Cycle a few months back, I wasn’t sure about it. Future Fears had a different line-up at the time, and while there was no doubts about Dave’s talents as a singer, it lacked something to really make it stand out.

Along came Amy McDonagh! Amy replaced her predecessor in the band, offering an unmistakable quality in a guitarist which compliments Dave’s vocal ability, and thus bringing Call my Name to new heights.

The song is undoubtedly one of those tracks which while you may not be taken with it at first, it will grow and grow on you until you find yourself singing it in the shower. It’s a brilliant, uplifting tune with catchy lyrics, an alluring melody and is certain to be a radio favorite.

Call my Name by Future Fears is your ultimate feel-good summer anthem, destined to put anyone in a good mood. So get on it, download it today on iTunes but be prepared to play it up loud and on repeat. Excellent first single from the band and already looking forward to their EP.