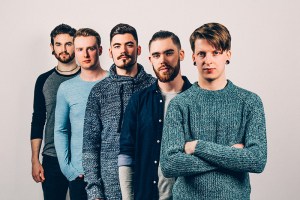 Without wanting to be crude, the first few seconds of Enso by Harbouring Oceans evoked a “Fuck YEAH”, out of me.

With a vocal ability to silence a crowded room and a soulful song which will just blow you away, it’s hard to believe this is a debut from Harbouring Oceans.

Not only is it presented with the professionalism of an act far beyond their mere four months, but it harbours an impassioned creativity and blending of talents that reflects the coming together of five seasoned musicians.

Harbouring Oceans have been playing together in different projects for a decade, however only came together as a group in 2015. For a first single as a band, Enso is a very VERY exciting initial prospect and opens the door to undoubtedly what is going to be an incredible career.

Harbouring Oceans will celebrate their debut release by putting on their biggest show to date, a Single Launch Party in The Button Factory with support from We Were Giants, Vernon Jane and Farah Elle on the 28th of April.

Check out Harbouring Oceans Enso below: