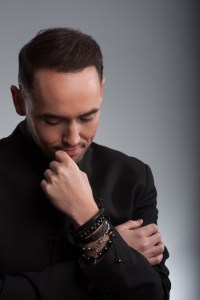 Being an Irish musician who is about to release a debut album is exciting at best. However, throw in international travel, a Grammy award winning management team, plus a movie soundtrack before it’s even finished and you’re on a whole other level.

Let me introduce Keith Cullen, a singer/songwriter from Dublin who shares his time between home and LA. Hardworking is putting it mildly when describing Keith, who has worked on his music his entire life.

Having recently signed a management deal with Phil Quartararo – Former CEO at Virgin records, Warner bros and EMI, things are really taking off for the singer. Keeping in theme with the quality crew; he is working with Grammy award winning producer Robert Cutarella who has had hits with Chaka Khan, Michael Jackson, Air Supply, Whitney Houston, Diana Ross, Dolly Parton, The Police, Elton John, Celine Dion, to name but a few.

In anticipation of the album release, it’s amazing to discover that one of his songs has been included in a top US movie, “High Strung”, which has been released worldwide.

A big career is surely in the pipe-line for Keith, with a voice suited to massive hits and many more movie soundtracks.

Keith and I met for “A cuppa with”, in the Dublin City FM studios. Interview to come soon. In the meantime, listen to “Say Something” on his Soundcloud below.