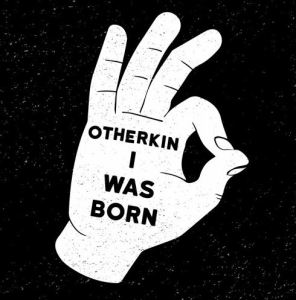 Dublin grunge-pop outfit Otherkin will unleash their brand new single during their biggest Irish headline show in Whelan’s on April 8.

‘I Was Born’ is the brand new track from the band who are making serious waves at home and across the continent.

‘Feel It’ enjoyed terrific support from Irish radio, and also from Annie Mac, Phil Taggart and Huw Stephens at BBC Radio 1, and John Kennedy at Radio X in the UK. The video was also playlisted at MTV Rocks.

The band got their live game going again with blistering shows at Eurosonic in Holland (where they were acclaimed as one of the Top 5 live acts) and at the NME Awards show at The Garage in Islington.

‘I Was Born’ is certainly another hit for Otherkin, whose polished sound and unwavering energy protrudes from every pore. The uplifting number sets Otherkin apart as one definite band to watch this year; they’re sure to grace many festival stages.

With catchy lyrics, dynamic riffs and a big anthem sound, ‘I Was Born’ will be one of the songs of the year for Otherkin. It’s the first release from their upcoming second EP.

The post Ceol Nua: Otherkin – I Was Born appeared first on Ceol Caint.