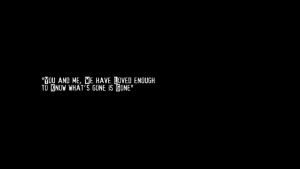 Red Empire have released this amazing video for their new single The Chosen Few.

Directed by Daragh Murphy, this beautiful concept video is captivating, as the song is beautiful. I have played it four times on repeat just now and I’m sure I will play it a few more times before the day is out.

Red Empire – The Chosen Few from Daragh Murphy on Vimeo.