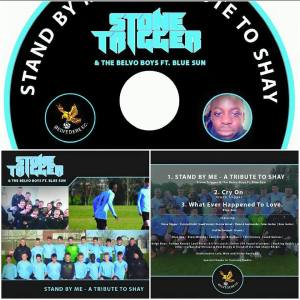 In light of the recent death of Shay Shetemi Ayetigbo, Dublin rock band Stone Trigger have released a charity single Stand by Me A Tribute to Shay. Featuring the Belvo Boys and Blue Sun, the single is a fitting tribute to the popular footballer.

A player for Belvadere Football Club, the 16-year-old midfielder died during a match against St Kevin’s boy-school. This single has been released to help Shay’s family, and any other family who suffers such a tragic loss.

The post Ceol Nua: Stone Trigger Stand by Me a Tribute to Shay appeared first on Ceol Caint.