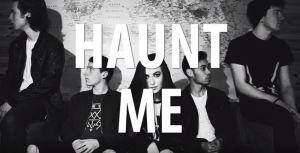 Sub Motion are a Dublin based grunge/rock band with a full-bodied, modern rock sound. The last two years have seen the band playing the Button Factory, the RDS, headlining and selling out Whelan’s, appearing at the Vibe for Philo, working with the sublime producer James Darkin (Black Eyed Peas, Hozier and Funeral Suits) on their self-funded EP “Happy Little Bruises”, making a video for their single ‘Dust to Dust’, getting air play and generally fine tuning their on-stage and recorded sound.

After spending the summer writing new material and cultivating a new and improved sound, the band are now getting set to take on the rock scene with their new single “Haunt Me”.

Haunt Me is a strong effort from their band, who offer a raw edge, combined with powerful vocals and infectious energy; a sound which is sure to get any crowd on their feet.

Experience Sub Motion live on the first of April during their headline show in the Grand Social in Dublin. Tickets are available on Eventbrite. 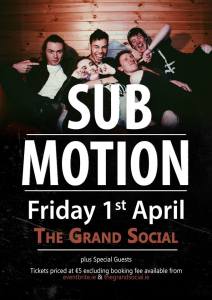