New music from The Woodburning Savages 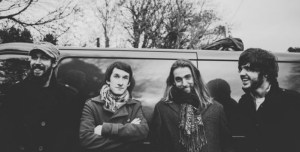 In honour of their Knockanstockan appearance this weekend, today’s Ceol Nua is from Ceol Caint favourite “The Woodburning Savages“.

Hailing from Derry, this band sure get around as they play everywhere from Glastonbury to Galway, The Grand Social and loads in between.

Released on Monday, Premier League is the newest song from the quartet who have a back-catalog of amazing music.

Last year, The Woodburning Savages came into the Flirt FM studios to appear on my then called “Sugar Blues” radio show. You can check out that interview here.

Listen to Premier League below.