War at the Button music contest finishes on a high 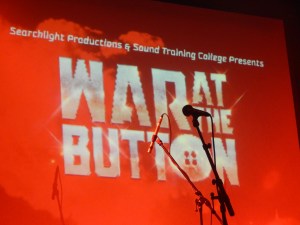 Saturday night was the conclusion of War at the Button; the result of a summer long contest featuring 36 acts with only three prizes up for grabs.

Run by Searchlight Productions, The Sound Training college and The Button Factory, War at the Button was a fantastic showcase of talented Irish musicians. As these things go, not everyone can go through, and in this case there could only be three winners.

Following a sensational night of music, with each artist bringing it all, the winners were announced. With prizes of sound recording up for grabs, tensions were high.

Well done to everyone involved.

The post Ceol Nuacht: War at the Button comes to a jubilant conculsion appeared first on Ceol Caint.