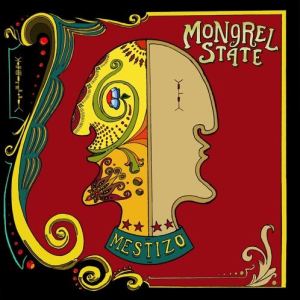 Mongrel State have just released their anticipated debut album “Mestizo”. For a band who are highly reputable on the live circuit, it’s a surprise to learn that this is their first attempt.

Previously going under the guise of “Moo”, the current “mongrel” line-up is still relatively new, and still honing in on who they really are as a band. The mongrel does of course need to find its own identity.

With roots from Ireland, Spain, Argentina and Italy, Mongrel State’s influences go a long way into forming this band’s sound. While they have international characteristics, their sound remains loyal to “Americana”, country rockabilly with a whole lot of soul.

Mestizo is a cutting teeth first album; the raw energy of Mongrel State shining through but sometimes it seems a bit unsure of itself.

It’s lively, with nicely crafted lyrics and catchy undertones. Uplifting melodies burst forth in places throughout, such as “How Many More Times”, with raw, roof-raising riffs breaking through in “High Time” and “Desert Girl”.

“Dirty trick” is reminiscent of a song which would be home in a 1950’s American diner and “Zombies” hints to a biking through the desert expedition; honouring the genre they adhere to. “Rainy Day” is probably a favourite off the album, a soothing end capturing a beautiful tender sound and a more vulnerable side of the band.

Each member of Mongrel State brings something to the mix; their talent evident. Knowing how refreshingly mind-blowing their live sound is, this album feels a bit “safe”. It’s not as cutting edge as expected, lacking in the raw, anarchic and vivacious presence offered by their live performance, playing closer to a solid Americana style “easy listening” record.

That being said, it’s a dynamic first release, erupting with vibrancy in places and emulating a clear passion for what they do. It’s refreshing to see this band stray from traditional rock ‘n’ roll, introducing their own personalities and their “Mongrel State” onto the world.

As a first release for Mongrel State, Mestizo offers an interesting insight into the potential of this band. Having such an eclectic mix of backgrounds come together brings something not often found, and leaves the listener anticipating what’s next from the foursome. A band whose live performance cannot be missed.

Check out that time we had “a cuppa with Mongrel State“, it was great fun, and them performing “How Many More Times” for Ceol Caint.