A review of Skyfever EP Means of Escape 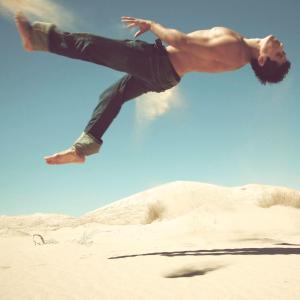 Skyfever are a Dublin rock band established November 2014, with this EP released in September 2015. Made up of five guys who came together to make music, Skyfever quote their influences as Kings of Leon, Led Zeppelin, Bowie and Oasis, which is pretty evident in their sound.

Receiving airplay across the pond in the UK and the US, their debut EP Means of Escape is already gaining traction, and for all of the right reasons. With stand-out riffs and memorable melodies, they are attention grabbing songs.

The four-track EP sees the band unleash their indie anthems for the first time, with great results. It is the perfect “car cd”, in the sense that I could quite happily imagine myself speeding down the motorway with this blaring, not caring if it played on repeat two or three times. It has that raw, powerful passion combined with great vocal making for head bopping tunes.

Means of Escape is a really good first effort from the group, demonstrating great energy and talent, not to mention serious potential for a follow on release. While it won’t be the EP that defines the band, there is definitely signs that they will progress to be something pretty special.

Featuring touches of what could be a summer anthem, let’s not forget how long The Riptide Movement were around before “It all works out” became the 2014 track of the summer, with a bit of continued dedication, Skyfever are sure to stand out as one of the top Irish acts of the next few years. The more I listen to this EP, the more I like it; very highly recommended.

Skyfever Means of Escape EP is available to buy on Bandcamp, and you can connect with them on Facebook and Twitter or on their website skyfevermusic.com.