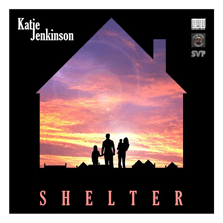 Inspired by his 15-year-old daughter Katie’s love of music and awareness of social justice, Mike Jenkinson wrote ‘Shelter’ in September 2015 to help raise awareness of the plight of all those families in Ireland directly affected by the homelessness crisis.

Produced by Dec Quinn, mixed by Ger McDonnell, and recorded at The Ceol Bunker studios, ‘Shelter’ is sung by Katie – a transition (4th year) student and member of the Fingal Youth Choir.

Despite having achieved several grades in Piano, Mike’s first real foray into music came as lead vocalist & bass guitarist with a 5-piece jazz funk band that he formed with his close pal Ger Hickey in 1987. Through this Mike met Aidan Daly, close friend, collaborator & guitarist on ‘Shelter’. Two years playing festivals and venues such as The Baggot Inn and Whelan’s took its toll and the band amicably dissolved in 1989.

Mike continued on with his real passion of song writing with Aidan and Ger (more for pleasure than commercial intent), but his musical ventures hit a full stop in 2004 following the sudden death of Ger. ‘Shelter’ is the first musical project that Mike has completed since then. Thanks to the spurring on of his daughter, Mike was very passionate that all proceeds from the single would benefit SVP.

“The Society of St Vincent de Paul (SVP) thanks everyone involved in the production of ‘Shelter’. The proceeds from its sale will be very valuable in SVP’s work in seeking to prevent homelessness and supporting individuals and families who whose circumstances force them to live without a home. Through its 10 emergency accommodation hostels throughout the country SVP provides a place to stay for those experiencing homelessness on a nightly basis. It also supports them through tenancy sustainment & outreach support and day services. In addition SVP members support families in hotels and B&Bs with practical support as well as a friendly and comforting presence.”

Recorded and Engineered by Dec Quinn at The Ceol Bunker.