An interview with A Happy Accident 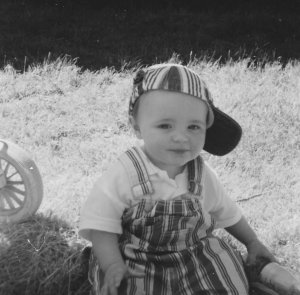 “A Happy Accident” is what singer/songwriter Christopher Kestell calls himself. Having just released a stunning debut EP(review coming soon), Ceol Caint wanted to get to know him a little better. The Dublin based musician is quite the talent, and it’s quite the happy accident that we came across his music. Soulful and sweet, he delivers each lyric with such honesty; it’s a surprise this is his first attempt.

Check out what he had to say below, and stay tuned for the review of his EP “Waiting to Happen”.

What inspires you?
Simple real life emotions and situations that I want to write about in a way that is perhaps more honest than usual in most music (that I have heard) today. I listen to a lot of sad old cowboys and blues singers, because there is often a line in there that is so hard hitting just because it isn’t veiled at all. I like that, and I think raw transparency is undervalued in songwriting today. Perhaps I am wrong. I just think things that aren’t dressed up are very cool. All I am saying is that I’m inspired by strong feelings within me and external sights and situations and I try to write about them in a way that is as uncomfortably forthcoming as I feel they deserve. I am sorry, but I can’t be less pretentious or vague than that…

What was the “Happy Accident”?
Lil’ old me! Not in an emo way. Just in a kind of true way, as is true for most people, if we’re honest. One’s birth is usually not a tragic accident, but certainly not planned. I just thought that name kind of suited what I was going for, because of all the stuff I wrote earlier about being the beauty in being upfront and all that jazz.

How many EPs / albums have you released to date?
Just the one, Waiting To Happen.

What was the inspiration behind the EP “Waiting to Happen”?
When I decided I was going to go for it and really make a proper stab at getting an EP together, I just wrote a whole bunch of songs that were relevant to me at the time. What seemed to come out of that were four songs that kind of center on the idea of fear that not enough has happened to you in life and that the world is going to change and run away without you, because you didn’t do enough sooner. Hence the title Waiting To Happen. I think a lot of people get that feeling that they should have done more or should be more by now. Anyways, that’s what came out in the songs, so I suppose that feeling was the inspiration.

How often do you play gigs?
As often as I can get them, which is usually a couple times a week. If I don’t have a gig I will be at an open mic somewhere in Dublin City. I keep busy I guess!

What are your favourite gigs to play and why?
I find the more intimate things the best, where you can sing as though you are speaking to someone and telling your side of the story as opposed to actively trying to convince someone to listen to your music while at the same time playing your music and trying to convey the emotion properly. But I really do love all gigs.

Where can people catch you next?
On the 22nd of January I am playing at The Secret Garden in Galway alongside my friend Whim.
((I don’t know when this will be on the website, so I don’t know if I should mention a sooner gig, but I am playing in Sin E at the Crystal Skull Sessions this Sunday along with a few other cool acts!))

Any releases coming up?
Nope, I am promoting this first EP. The EP is available FOR FREE at Bandcamp (or for a donation if you are so kindly inclined). How can one deny the value?!

You can connect with A Happy Accident on Facebook, or check out the EP “Waiting to Happen” on Bandcamp.

The post Getting to know: A Happy Accident appeared first on Ceol Caint.