An interview with Daäg Hur 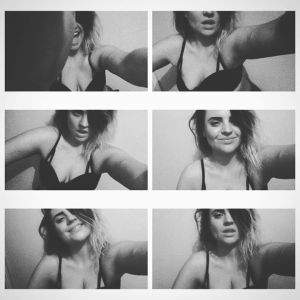 Dream pop-rock from Dublin, Daäg Hur is made up of Lydia Des Dolles, and a variety of musical collaborations which has seen the act through to its current stage. Having previously been a member of Sweet Jane, Lydia wasn’t satisfied with the creative direction and decided to establish her own act. Working with a variety of other artists over the past year, Daäg Hur has created a completely unique sound.

Rachel Masterson caught up with Lydia, to find out just what Daäg Hur is all about.

Firstly can you tell me who is in Daäg Hur and a bit bout each member:

Daäg Hur, well I guess you would call it a solo project, but it doesn’t really feel like one because I have always had people involved in writing with me, since the start there’s been lots of great musicians that have contributed to the sound of the band, that made the sound that everyone knows now.
I was in another band, Sweet Jane, before I left and started Daäg Hur. One of the reasons that band ended was because the creativity ran dry, working with different musicians on each record is really refreshing and keeps me interested.

How long is the band together?

I started Daäg Hur back in 2014, and there was a couple of different guys in that version of band, it didn’t really work out with them, so I left and just started working on Daag Hur as a solo project, something I’ve never done. My guitar playing is really simple, so that’s where the other musicians come in, they contribute to help me create that full Daäg Hur sound. Shell Dooley has been great over the past few months and really brought something special to the music we were writing, so I’m super excited to see what she does next.

What does Daäg Hur mean?

The name came from a whole host of different inspirations, I named the band around the time that I was reading about this Indian poet, Daagh Dehlvi, hes this infamous mughal poet that wrote incredible Persian poetry. I actually wanted to call the band Ben Hur after the movie, but I knew it would be a marketing disaster, so I combined the two. Daag does mean ‘Challenge’ in dutch to though, which I love.

Can you explain the writing process of the band?

It always starts out quiet organic. I always have a theme that I want to write about, pretty much at my home or in the studio building the songs. I’ll know in the first few minutes of hearing it whether it will work or not. Whoever is in the studio with me recording at the time I’ll get them to replay the riff over and over, and I really do mean it, I made them replay the riff for ‘Scorpion Tail’ for an hour without stopping. I just wrote everything, the lyrics, the melody, the song title, the album artwork; I had a whole dream bubble of the song and where I saw it going. Then once we have the foundation of the song written, the bass and drums are added, some keys, then we mix and master, send it to the label, and move on to the next one.

What inspires you or the band?

For me, I get inspired by life, human behaviour, love, fighting. I find it hard to write about myself directly, so alot of my lyrics tend to be from a third person perspective, I find that easier. But then I guess you’ve got songs like ‘Hanging on the Sea’ or ‘The bathroom Song’ [available on Daäg Hurs Soundcloud] I wrote that after I broke up with my ex-boyfriend, wrote and recorded it in one take on the floor of my bathroom, and when I listened back I was like ‘Shit, if I just wrote this 4 years ago I would have saved myself alot of heartache’. Writing music is cathartic, so I need to do it.

How many EPs / albums have you released to date?

None! When I signed to Pickled Onion Records they released the first single, ”Scorpion Tail”, I’ve been writing constantly, working on getting an album together, I don’t know maybe our label will think differently but I don’t see the point in releasing EP’s its a different time, the music industry has changed, just get the full record out yknow!

How often do you play gigs?

I don’t. I spent the last 3 years with Sweet Jane constantly touring, and it burned the band out and it burned me out. I made a really conscious promise to myself that if I was going to start releasing music again, touring would have a purpose, to promote a record or if it was a really good show. Now that the record is out, we’ve signed this deal, and im working on getting the best live band together, its back to being exciting again planning the tour dates, so im really looking forward to it.

What are your favourite gigs to play and why?

Festivals. Its never your crowd, 90% of the time the front row know you and beyond that, no one cares about your band, they’re waiting for whos coming on after you. Its the challenge of having to win them over, and succeeding yknow? Best festival to play, for me, Electric Picnic for sure!

Where can people catch you next?

We’re back in the studio right now but the last time I spoke to our label they were throwing some dates around for December, best to keep an eye on our Facebook, we update that quiet a bit.

Any releases coming up?

Nothing official, but I can see us having another single by Christmas and I’m swearing down right now, there will be an album by mid next year. We are super relaxed with releases and touring, when the label says okay we need a new single, or we need you to go on tour, were ready, but other than that we are just quietly working away with the evolution of the band, we’re new yknow, real new.

Thank you to everyone that’s been so supportive of our band so early on, especially the radio stations, 98fm in particular, Daäg Hur’s sound is not very radio friendly, it really blew my mind seeing so many people get behind the music, even before our record label or official releases, so genuinely thank you!

Check out more on Daäg Hur by following:

The post Getting to know: Daäg Hur appeared first on Ceol Caint.