One song release for each day of the year 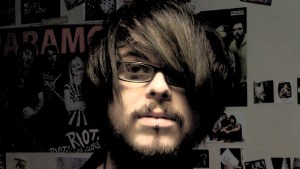 Releasing 365 songs throughout the year of 2015, 365 Sparks is the ambitious brain child of Daveit Ferris, who after a serious bout of illness vowed to allow his creative side shine for all the world to see.

October 01 2013 started out like any other day for Daveit Ferris. Filling his iPod with great music as he prepared to go for a walk, he had no idea that what was about to happen would change the route of his entire life.

During his walk he felt tightness in his throat and chest, which he brushed over, deciding to try a few home remedies to ease it. It was only after a few hours, when he was in unbearable pain, he called the doctor and was immediately admitted to hospital.

Not realising the extent of his ailment, the doctors cited “tonsillitis”, and offered to send him home with pain relief as there were no beds. Thankfully, intuition told Daveit otherwise and he waited it out. Turns out, it was just in the nick of time as had he gone home, it would not have been likely that he would live to see another day.

Daveit was diagnosed with a rare disease called Supraglottitis; when the epiglottis at the base of your throat swells into a ball and blocks your airwaves completely. Usually, the symptoms develop over the course of three to four days, but they came upon him in a matter of hours, making it very dangerous.

Having worked as a musician in a number of successful bands throughout the years, the Derry man had a back catalouge of amazing music and extensive experience in the industry. Nearly dying made Daveit realize that he needed to get his work out there. He felt that if the worst had happened, his music would have died along with him. Thus 365 Sparks was born.

365 Sparks is a domain name he had purchased a few weeks before with the idea to release something creative every day for a year. This was the kick to do it.

This 100% DIY project is Daveit’s baby. From building the website, creating the graphics, writing the songs, playing all the instruments and mastering the songs, he does it all. Each song is finalized on the day of release in order to give it the freshest possible sound.

Speaking to Ceol Caint about how the entire process has worked, Daveit gave an insight into how a project like this is possible and the key components that have been critical to its success.

Can you tell me a bit about the process?
So, I recorded all the songs for 365 Sparks in 2014 and I mix, master and release them daily in 2015. It was always my plan to spread the project over two years. The main reason is that I wanted distance from the music so that i was approaching each mix with fresh ears as opposed to bleeding fatigued ears – distance has proved to be critical. Early on in the planning stages i decided to really make this project an experience – so alongside the music, my website showcases videos, artworks, handwritten and typed lyrics, song stories .. etc for every song.

How have you been doing it?
I’ve recorded every song in my own private studio that I’ve built up over the years. It’s set-up specifically for my needs and i’m so comfortable in my surroundings that it’s always a pleasure to show up and write and record here. I write, play every instrument, record and produce all this music myself and have done from the first song. I wanted to see how far I could bring this DIY thing without majorly skimping on audio quality. I have loved the challenge but not the grey hairs!

Were the songs already in existence or are you writing them as you go?
I would estimate that about 85% of these songs were written specifically for this project. To be totally honest, the only reason I included any material that already existed was because i simply wanted them off the limbo-list and into some kind of permanent state. Some of the already-existing songs I recorded were over 10 years old… so they’ve been screaming out to be recorded for over a decade! Early on I noticed my natural excitement would stay lit all day if I was creating something absolutely new vs. a kind of passive experience when I was merely recording an existing song – so even though I initially planned to include a lot more existing songs, the right thing for the project was to put as much focus on new as I possibly could.

How are you feeling? It must be exhausting even if it is exciting?
2014 was a joy from start to finish so it didn’t feel like work. Delivery of the first 6 months worth of songs in 2015 was largely a breeze, however, now I’m having to juggle the final months of song deliveries alongside full-time work and other commitments, so it’s getting very exhausting. Although I’ve fallen behind on my scheduling a little, I’m still confident I’ll have 365 out before year’s end – it’s just going to take a large push from now until the end of the year!

How has it been going?
I’m the kind of person that just loves creating, so I’m thrilled about having this huge body of work to look back on. Not only have I improved in various areas musicianship; but I’ve greatly improved as a songwriter in general – and that was a hopeful outcome for me. I don’t think I recorded an awful song from day 1 to 365 – I gave each and every one my attention and care. It would have been super easy to have written 365 1-acoustic-1-vocal songs and recorded them live – but that would have been boring for me to hear so it would be excruciating for you folks!

Were you ever afraid you would miss a day?
Only through sickness or injury. I lived 2014 in fear of breaking my arm, probably because I’m predominantly a guitarist. I found myself refusing to do small things just to protect my limbs! It got that silly. The voice can be a frail instrument – that’s for damn sure. There were days i came up with great songs and just didn’t have access to 100% of my voice to really bring it home – it’s a shame, but it was always going to be part of the honestly of the project. There was a song in which i can clearly be heard with a blocked nose / cold [can’t remember the title off-hand] throughout – so I find that quite funny and genuine – the show had to go on!

How has it been received by people?
Great! I’m a complete unknown and i knew from the get-go that I wasn’t going to be getting thousands of listens a day so I set my expectations accordingly. Also, it’s quite an unusual concept so i was prepared for friends and family to take a while to get with the flow. The BBC have been great with 365 Sparks as they’ve played lots of songs from it, put stuff on their podcast, had one as their ‘track of the day’, had me in for features and interviews and even spun music on BBC Radio 6. Another few highlights include getting a song put on the cover CD of Rocksound [Feb 2015 issue] and getting and endorsement with Marshall Amps based off the strength of the music contained within the project – great moments. Although a new song from the same guy day-in-day-out might be tedious for some – the music will always be online for those folks to choose their own pace to go at and I hope they will.

You can find the entire music archive plus all the information on 365 Sparks music on 365sparks.com.

The post Getting to Know: Daveit Ferris of 365 Sparks: Musician releases 365 songs within one year appeared first on Ceol Caint.