An interview with Native Oak 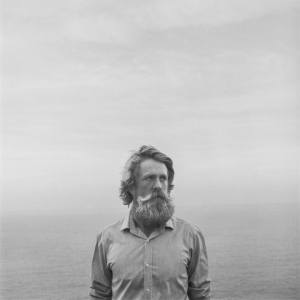 Native Oak‘s name perfectly fits his voice. Much like Grandmother Willow in Pocahontas, he offers that soothing comfort that instantly puts you at ease, with a warm glow inside.

Imagine sitting by a roaring fire, with a glass of something hot, while you enjoy music that makes you feel content; that’s Native Oak. A soulful being full of wisdom and mysticism.

A singer songwriter, who is a keen surfer and explorer, Native Oak is a timeless musician, one which I cannot wait to see live.

We decided to get to know him a little better:

How long have you been writing/performing music?
l have been writing for about a decade trying to improve my writings, and have thrown out a lot of scribble over this period. l have been performing my own music for about 3 years, prior to these l had spent many a year with a great band having a right whale of a time.

What inspires you?
Everything really, fresh or old. l try not to channel my inspiration. From an individual to a group at the beginning of their learning to the most talented, l feel they are still trying to improve. So people just willing to give things a go at their best and always willing to learn. As these l find understand you must go through a hard slog to get to where you want to go or else you have never really got there. Then there self worth shines for me and l become inspired.

How many EPs / albums have you released to date? Or have you anything planned for release?
l have one album out at the moment and l was due to record and have my second album out last winter but l gigged and surfed to much so never came round to it. Probably doesn’t help that l am not the biggest fan of recording. l am going to aim and get the head down and get the second album out shortly while the sense and feeling of it is still there for me as l sometimes be concentrating on the third album too much when l haven’t even got the second out.

How often do you play gigs?
l have gone from living in a van touring the UK trying to play every night besides Saturday nights to now being back in lreland gigging when l can. lt can be hard now with session nights being a route for artists to get noticed although unfortunately they can be short and thus don’t feel you as an artist are an asset and worth to pay. Offering of free booze has put many a musician into being an alcoholic and forgetting their original goal. Being a sh*t hot musician wanting to express, from the simplest to the most technical of forms. So with this l will play as much as l can whether it be every night or once a month but l’m not sure what land some people live on but on mine booze doesn’t cover no bill, fuel, equipment. Hehehehe

What are your favourite gigs to play and why?
Any venue big or small just once the folk are attentive and allowing themselves to become captive to the music. l feel l could be the worlds no one but if l am back round music then therefore that is all l am.

Where can people catch you next?
Depending upon when this get released but lets go with 5th February in Galway. lt is my own gig in the Secret Garden Cafe. Seems like it could be a lovely evening. Other than that, people who are tech savvy check the Facebook or what other links as l try not to be shy on promotion. lt used to kill me when people would be like ‘ooh l would of went to that, but l never knew about it’

Any releases coming up?
The only release l hope for is this year with the second album. Maybe a few videos too but other than that, nothing planned. Will see how the year treats me.

Anything else you would like to add? Plus any FB/YouTube/Soundcloud/Twitter etc…
To whom ever reads to this far go treat yourself to a warm cuppa and have a lovely day.

He likes tea! That’s enough for us!!

The post Getting to Know: Native Oak appeared first on Ceol Caint.