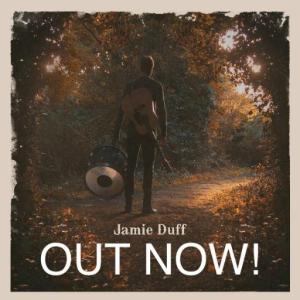 The intimacy of The Mercantile venue is the perfect place for Jamie Duff to launch his debut EP.

First on stage is the stunning red head with a beautiful voice, Jenn Grinels. A singer/songwriter from California, this is Grinels’ first time in Dublin and it was a powerful performance. With her soulful voice and jazzy performance, she would be a welcome presence back on any Irish stage.

Next up were The Geddes, who began without introduction. Second song in they really get the crowd going, encouraging them to clap saying “yiz are very civilised, get a few pints into ye”. They are very upbeat and uplifting, clearly not afraid to have a laugh and enjoy their time on stage. There songs are really catchy and with that big stadium sound, not unlike The Script, you could imagine them playing to packed out arenas in years to come. They announced their own EP launch in Whelan’s next Friday, which I would highly recommend.

Onto the main reason everyone was here, Jamie Duff. By the time he walks on stage, the intimate setting of The Mercantile was completely packed. He kicks off with a roar from the crowd, playing the brilliant “Shirts and Ties”. From there it just gets better and better. He has an amazing energy, playing the kind of music which you would happily listen to on repeat. Joined by his fantastic band which he notes from the start have been what ties it all together, they really gel. It’s hard not to dance as he launches into a rocking rendition of “another love”, really putting his own stamp on it and giving it socks. The crowd go mad for it.

The performance was exhilarating, fun, energetic and emotional; a brilliant start for an exciting career to come. He is definitely one to watch.