Katie Hughes has a chat with Darragh from Penrose 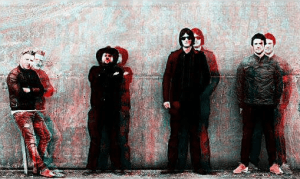 Currently consisting of singer Darragh McGrane, rhythm guitarist Caolan Fitzsimons, bassist Mark Bolger and drummer Donal Bownes, Penrose have released their debut EP and are now looking forward to a single launch in Academy 2 on October 22. Tickets are only €8.30 and available from Ticketmaster.

In the lead up to the gig, Katie had a chat with Darragh who told her about how Penrose got their name, and everything we need to know about the single “Melody” which she plays at the end of the interview, tune in:

The post Katies Hit Mix: An interview with Darragh from Penrose appeared first on Ceol Caint.