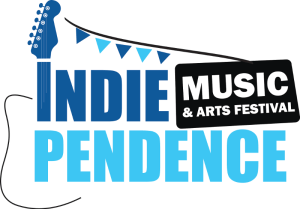 John Loftus reports on Indiependence Festival 2015 after having a stellar time at the Michelstown music festival to which he travels every year.

Every year it rolls around and every year I’m amazed how the Indiependence Arts & Music Festival has grown. It had very humble beginnings in the hostelries of Mitchelstown in a flat-bed truck in the middle of the town.

This year the Cork festival celebrated 10 years on the go and we had the usual mix of excellent Irish talent (with a strong local flavour) and overseas acts. The headliners were a mix of the cream of Irish talent and some international favourites in the shape of Basement Jaxx, The Dandy Warhols & Embrace.

Due to other commitments my Indiependence started on Saturday but reports are that Friday’s fare went down well with the Basement Jaxx set getting huge praise and being held up amongst the top shows of the festival’s history.

Thankfully the shocking weather that plagued this summer abated with it being almost balmy in the site which was in very good nick. It was straight to the Main Stage to catch the tail end of Stomptown Brass Band who kicked off things in a lively fashion and who are bound to be festival favs where ever they pop up in the future.

The rest of the afternoon consisted of darting runs between the Main Stage and Big Top Stage with a brief stop or two for refreshments along the way. Acts caught in that rush were Bridges, Otherkin, Crow Black Chicken, Amazing Apples and Cry Monster Cry. The latter were certainly the highlight of the early day’s proceedings with their understated but captivating performance. Otherkin might be the polar opposite of them with their youthful energy and indie rock riffs but they are certainly a band we’ll see much more off.

Then it was time for three bands I was really looking forward to catching. First up it was Cloud Castle Lake, again displaying huge ambition but maybe not quite getting there – the amazing vocals of frontman Daniel McAuley often overpowers the stirring brassy accompaniment. Discopunks were a whole pile of fun and deserved a much bigger crowd, they have a frontman who demands your attention, songs that make you move and a sound that is very polished for a band with only a handful of live appearance under their belts. If you get a chance this year catch them live before they become massive.

An hour later MindRiot took to the Beer Hall Stage and obviously brought a fervent local contingent along with them. It’s probably the biggest crowd I’ve seen at that stage and boy do they deliver with a rip roaring, ear bleeding sonic assault that delighted all their fans and I dare say won over a fair few more.

Then it was time for something completely different. Back to the Main Stage to Embrace, who I must admit I doubted were a good fit for Indiependence as most would feel their heyday was long since passed and they might not be an attraction for the youthful crowd. But what the hell do I know? Being veterans of the festival circuit they certainly know how to woo a crowd. Belting out one the great indie anthems “All You Good Good People” at the start of their set was like a clarion call to all and they certainly delivered after that, culminating with a rousing rendition of “Ashes”.

The Main Stage was buzzing with anticipation as the Ash stage crew busied with their preparations, when a gentleman took to the stage to deliver the bad news that Ash front-man Tim Wheeler had spent the day in bed nursing a virus which was affecting his throat. However, being the trooper that he is, he decided to still take to the stage and see how many songs they could get through.

So Ash bounded on with the same energy that they displayed the first time I saw them 15 years ago. The music was explosive but sadly Wheeler’s vocals were strained from the off and despite plenty of assistance from the ever willing faithful it was clear that he wasn’t going to be able to carry on for very long. The end came after six songs with a brave rendition of “Girl from Mars”, and a promise to return again.

Then it was left to those superheroes of Irish pop Ham Sandwich to rescue the situation as they were moved from the Big Top Stage to the Main Stage to close Saturday’s proceedings. They did this with all the infectious positivity that you come to expect from them. Their set was a mix of the latest tunes from new album “Stories from the Surface“ and the stalwarts like Ants, Oh Oh and Models with their normal explosion of ticker tape and bouncing balls ensuring that it’s party time in North County Cork.

Unfortunately the heavens opened again and a drenching on the way back to the car left your intrepid reporter with a dose not unlike Tim Wheeler’s. Like him, my Indiepedence came to an unexpected early close. I spent my Sunday under the blankets with cups of Lemsip rather than in front of the stages of Indiependence with pints of craft beer as my beverage of choice.

Reports were that despite the deluge that greeted the Sunday revellers, those that braved the elements were treated to some outstanding performances particularly from Hermitage Green, The Academic, Young Folk and Kodaline who closed out this year’s festival.

So happy birthday Indiependence Festival and here’s to the next 10 years!!