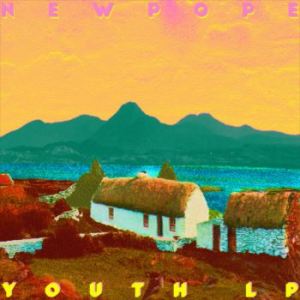 New Pope is the latest musical project from Galway’s David Boland who’s distinctive vocals you might recognise from his previous incarnation as a member of The Depravations.

The album might be short on tracks (only 7 in total) however Boland has packed it full of dreamy elegantly crafted new folk tunes that are layered with a sense of longing and nostalgia. That’s not to say this isn’t an uplifting album, in fact it beautifully washes over you in what is almost a cleansing musical experience that you immediately want to delight in again and again.

Listening to “Youth” recollections of Fleet Foxes and American Music Club jump out at you as each song is built around a combination of jangly acoustic guitar, subtle notes of lead guitar and gorgeous harmonies. Even though the formula doesn’t alter much throughout the album it never feels one note and even on the 11 minute opus that is “North Donegal” you never feel that it’s overstayed it’s welcome at any point.

Actually the closing track sums up my feelings on “Youth” perfectly as it certainly will be “Not Forgotten” as its beautiful melodies will keep swimming around my head for some time to come.