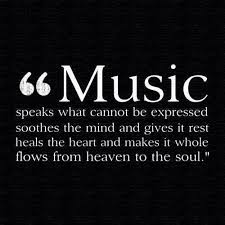 This is a bit more of a personal post than what would usually go on this blog, but today I feel like I need to speak from the heart.

Last night I ran my first ever gig. Named “The Top Floor Presents”, it took place in The Loft in Foley’s Bar and was an accumulation of a number of months work and a collaboration with a dear friend Barry Jay Hughes of Synchro Promotions.

While the gig itself only took a few days to organise, the months of work that went in beforehand are what made it possible.

Ceol Caint was established in May 2015 during a point of turmoil in my life. I was going through a lot of stuff personally, I had just moved home from Germany to no job and no direction, my grandad had recently passed away and his home, where I lived with him, was being sold. Having gotten involved with a few music start-ups which didn’t work out, I felt completely lost, without any direction and if everything around me was falling to pieces. However, music was the only thing I knew I wanted to pursue, not to perform but to promote.

I did Journalism, Radio and all kinds of media stuff in college to generally send me in the right direction. However job after job, I kept doing everything except what I wanted to do. Suddenly I found myself living in Germany working full-time as a Travel Writer…still no music. Sick of working hard to help build somebody else’s dream, I moved home on April 22 2015.

On April 26, I entered the Longford Selection of the Rose of Tralee. Standing on stage the MC asked me about my music passion and before I knew it I was telling the crowd I wanted to set up a music website which helped give Irish artists the platform they need to promote their music, as I felt the Irish media and radio only cover a small portion of the talent that is out there and a significant number of artists are not being heard. Now it was out there, I knew I had to begin.

After few failed attempts of getting myself up and running, I was stuck in this dark space. One night, funnily four months to the day my grandad had passed, I had a dream about running a music website called Ceol Caint. I woke up at 5:50am thinking “that’s a great name”, checked the domain and Facebook availability and discovering it was free I jumped up, made tea (which has become a significant part of the site) and by noon Ceol Caint and all relevant social media pages were born.

The past few months have been overwhelming, exciting and all a bit of a haze as I have been met with so much support from musicians and music fans. The feedback for the site has been incredible and I’m so completely humbled by it all. I feel in a state of shock most of the time, awoken with a jolt of excitement and joy during moments where I am meeting musicians for an interview or at a gig to review. It is like a dream, eleven years later to be living my dream, and I feel so honored to do so.

The A Cuppa With series has been received so well by everyone, and for me was just a natural progression from years of radio interviews. The idea was for a laid back cuppa and a chat, void of all standard questions usually thrown at bands. I often thought they must get so bored of being asked the same questions all the time, so I decided on this format that doesn’t ask any questions, but rather a casual chat surrounding what the act is up to. In many cases the chats have steered a course which I could never have imagined, really getting to know the musicians as people and forming friendships which otherwise would have not been formed.

Getting a show on 8radio has been the icing on the cake, as it is a station which I have so much love, respect and admiration for. To be able to say I am an 8radio presenter is an honour, and one which I hold in high esteem.

Now to last night and what has inspired this piece. Gigs have always been in the back of my mind, but not something which I ever had the confidence to do. After a lot of to-ing and fro-ing and exchanging ideas with Barry Jay, mostly driving him mad with how sporadic and off-the-wall my ideas can be, we got the opportunity to use the space in Foley’s to set up a gig.

We had no gear and no money, but a passion and love for what we do and what the wonderful musicians of Ireland are producing. Working on this project was never going to be of monetary value to either of us, agreeing that any money made will be paid to the artists, but that never deterred us and we decided to launch “The Top Floor Presents”. This is where the real impact of Ceol Caint started to completely overwhelm me.

On the night we announced the gigs, a succession of musicians jumped at the chance to play. This to me was incredible, as for me it felt that they all recognised and respected Ceol Caint so much for what it does, that they wanted to be a part of a musical showcase it created. In a matter of a few hours, sixteen slots were filled. This blew me away. These talented musicians, many of who are really well known and in no way need “exposure”, wanted to be a part of MY night?!!!

Depression and anxiety have a nasty way of taring you up inside, making you feel that no matter how hard you work, how much you achieve or what you put out there, nothing is good enough. That’s how I mostly feel; awkward, uncomfortable and not good enough. This is something I live with daily and has just become a natural part of how I feel. My self-esteem is so low that even when friends or family tell me how well I’m doing I just shrug it off as nothing. Nothing is a big word in my life, I feel like what I’m doing is nothing as I have no self-belief, until last night. Last night on the top floor, I felt top.

The artists who played last night were The Blood Red Mountain Band, Oak Tree Secrets, Fields, Grainne Hunt and Darren Flynn from Mongrel State. Through “A Cuppa With”, reviews and Twitter networking, I have either gotten to know or featured these artists on the site, all of who wanted to help me out by being a part of this.

Mark from The Blood Red Mountain Band, while apologising for having to run off to another gig, said that it was a toss up between playing first and then running off, or not playing at all and missing the opportunity of being part of this great night; something which they didn’t want to do.

This was the first in a series of moving comments that held me on the brink of tears for the night. Good tears, happy tears, those type of tears that make you well up from the depths of your stomach flowing right out to the tips of your eyelashes as you realise you’re experiencing a unique moment in life, which is somewhat paramount in how you move forward.

Not only was I totally inspired by the intimacy of the evening and the friendships formed between the acts, but how each and everyone performed with such force and persuasion as if playing to a massive crowd. We agreed at the end that every act there was a possible headliner. I knew they were all good, that’s why I put them on the bill, but I wasn’t prepared for just how good they all were but that’s for a different post.

As the night went on my head got lighter, not from alcohol as I don’t really drink and didn’t during the night, but from the elation I felt at how much they all enjoyed it and appreciated being a part of it. Every time someone mentioned Barry and I to thank us, it was surreal, like they were thanking someone else, it couldn’t possibly be me. Yet there it was, right in front of my face as real as could be. And I am so thankful for it.

I am thankful for the acts that gave their time to play, thankful for Barry Jay and all of my friends for believing in me, wanting to work with me and humouring my mad notions before bringing me back to earth, I am thankful for having these opportunities to follow my dreams, I am thankful for all these musicians who have joined me for a cuppa these past few months and making me feel like I have something worth doing, making me feel like I am worth something. In a way I am thankful for my depression, as it is the driving force behind what I do. It pushes me so hard to achieve things I would never believe, it gnaws at my brain to go further, keep moving and never give up, it dismisses any idea that something can’t be done or is not worth doing and makes me fight for it. It gives me that fight I need to go on as I know, sometimes things just come out TOP!

The Top Floor Presents is on December 21 and 28, with more dates announced in the new year. Stay tuned for details.

The post Music, depression and reaching the top appeared first on Ceol Caint.