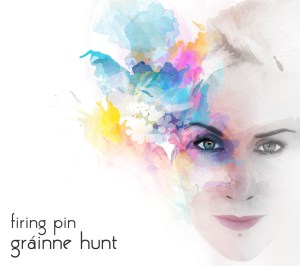 From the offset the album impresses, with stunning artwork which captures both simplicity and beauty; a theme running throughout.

The artwork was provided by Gary Reddin Ink, while Grainne was joined on the album by James Cramer of Tupelo who co-wrote songs and Joe Chester who produced it. She is also accompanied by Graham Hopkins, Lorcan O’Dwyer and Vyvienne Long.

The title track Firing Pin instantly grabs attention with a captivating melody and uplifting beat. It’s one which appeals more and more upon each listen.

Lilacs is the second song and was the first single released from the album. Her alluring vocal abilities are really apparent in this track, resonating through haunting lyrics “emptiness has just one room”.

Chances is a really catchy number, offering an optimistic view of second chances in love which is bright and cheerful.

Low Tides is the one song that I can’t get out of my head, I’ll find myself at the bus stop humming it; probably my favourite from the album. It’s a really thought provoking piece, tinted with sadness but with a slight hope.

Next up is the more upbeat No Way I’d Go Down, definitely the head bopper of the lot. It finishes with The Words Of It All, which is completely stripped back, really emphasizing the endearing quality of the singer.

The album then goes into three live songs for Lilacs, Low Tides and Words of it all; allowing a sneak-peak into what a live performance would offer. Definitely an audience I hope to be a part of soon.

Grainne’s voice is enchanting and pure, with an honest charm; it is no surprise she has lent her vocals to Glen Hansard, Mark Geary and Nicole Maguire. Firing Pin is a wonderful introduction to the musician, offering an insight into the variety of her range plus the live sound.

Make sure to get to the launch party on October 30 in The Chocolate Factory where you can grab your copy of the album.