Using music as a weapon for peace 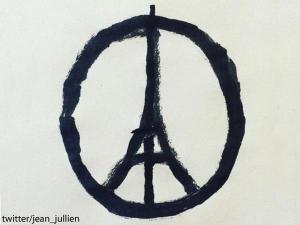 Our aim at Gardiner Music, is to promote music and to use this as a tool to create awareness of social justice and raise funds for charities where we can. We see music as a language people can engage with, possessing an ability to speak to people when conversation and negotiation no longer work.

Bob Marley said, “One good thing about music, when it hits you, you feel no pain”. Bullets on the other hand, when they hit you, they either injure you or you die. On 3 December 1976, on a day when Bob Marley and the Wailers were due to play a free concert in Jamaica (as an attempt to ease tension between two warring political groups), gunmen marched their way into Bob Marley’s home, shooting round after round from automatic pistols. Bob Marley survived, and the concert went ahead two days later despite the fact that he had been shot. When asked why, Bob Marley responded, “The people who are trying to make this world worse aren’t taking a day off. How can I?”

It is likely that Bob Marley went ahead with the concert the next day because he believed music has the power to transcend violence. To quote a popular Californian band, from their song ‘Got the Power’, “Just give yourself up to the rock ‘n roll song…its gonna keep you strong and keep you always winning”.

The events that unfolded in Paris at their gig are incomprehensible and horrific, and resulted in scores of people losing their lives. One wonders did the shooters pick this gig because of the fact the band had ‘Death Metal’ in their band name, did they pick the gig because they knew the theatre would be packed to capacity or did they pick it because they simply do not like people enjoying life and music?

We may never know, but one thing we do know for sure is that music is bulletproof. It will never be silenced, it is non-discriminatory and it will always be there as a tool to promote social justice and peace.

To paraphrase Bob Marley, if those perpetrating violence in the world aren’t taking a day off, how can music?

Our thoughts and prayers are with the loved ones of all of those who lost their lives in Paris last Friday.

The post The Indestructibility of Music by Caoimhe Ní Riagáin appeared first on Ceol Caint.